I’ve always wanted to get a tattoo at some point in my life, but I had no idea what I wanted or where I wanted it. I kind of thought that it would be way in the future. But for a few months now, I had been thinking about what I wanted and I came up with an idea that I really loved.

To be sure that I was happy with it, I kept thinking about it for a few months and even drew it on myself a few times to see if I liked it. It was going to be my first tattoo so it was quite a big deal for me and I wanted to make sure it wasn’t going to be a mistake.

So yesterday, I finally decided I was ready to have it done, and we went to a tattoo studio in Newcastle, to see if they could fit me in. As soon as I walked into the studio I felt really nervous, and it felt real and I got a bit scared that it was actually going to happen. After I had booked in and paid, I couldn’t back down. I had printed off what I wanted and discussed it with the tattooist and she drew it up for me.

I decided to get a set of speech marks along my wrist, to represent my passion for writing and to celebrate the end of my first year of University. I wanted the speech marks to not be filled with a quote or anything because I wanted it to show that I don’t really know what I want to do with my writing in the future, but I hope that it will be something related to writing.

After I had chosen exactly what I wanted and where, we went into the room and she prepped my wrist and got the design ready. Taylor Swift’s album was playing in the background, and that was a sign for me that it was a good idea and it would all be okay. It was a weird sort of pain; it did hurt but it was over so quickly that the pain was bearable. It literally took 5 minutes, and then she cleaned and wrapped it and we were sent on our way. It was such an adrenaline rush, it didn’t feel like it had actually happened. To celebrate my bravery, we went out for a couple of drinks along the Quayside, as it was such a lovely day.

I am so happy with how it turned out. It was exactly as I had imagined it would be and I am in love with the design. I know that there is a lot of mixed opinions around tattoos and personally, I’m not a massive fan of them, but I wanted to get this done for myself and I know I won’t regret it. My advice to people considering a tattoo, especially if it’s your first, would be to make sure you have thought about it for a while, to make sure you won’t be put off the idea. It also really helped me to draw it on so I could live with it for a day or so. Another thing you need to consider is where you are going to get it, and whether you can cover it up if you wanted to. I know that wrist tattoos are usually quite visible, but I mostly wear bracelet’s or a watch that I could use to cover it up if I wanted to. Also mine is small enough that I could cover it up with makeup if I really wanted to. 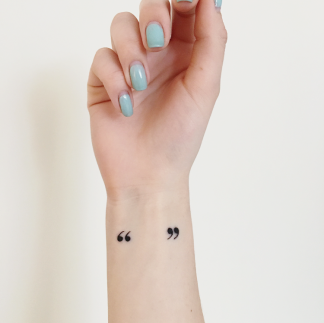 Tattoos are a great way to express yourself and at the end of the day, life is too short to worry about what you might regret when you’re 90. So if you’re sure about a design then just get it done.

Published by Life of Lauraa

21 years old. I spend most of my life dancing at any given moment, buying too many books that I don't have time to read, and picking bits of glitter out of everything I own. Oh, and I sometimes write. View all posts by Life of Lauraa

21 years old. I spend most of my life dancing at any given moment, buying too many books that I don't have time to read, and picking bits of glitter out of everything I own. Oh, and I sometimes write.

I am currently reading… 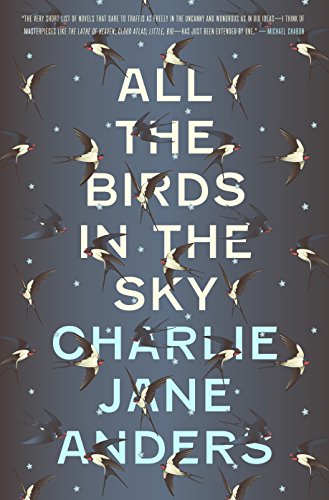 Spreading the love with #TheGirlGang

It was the best of times …